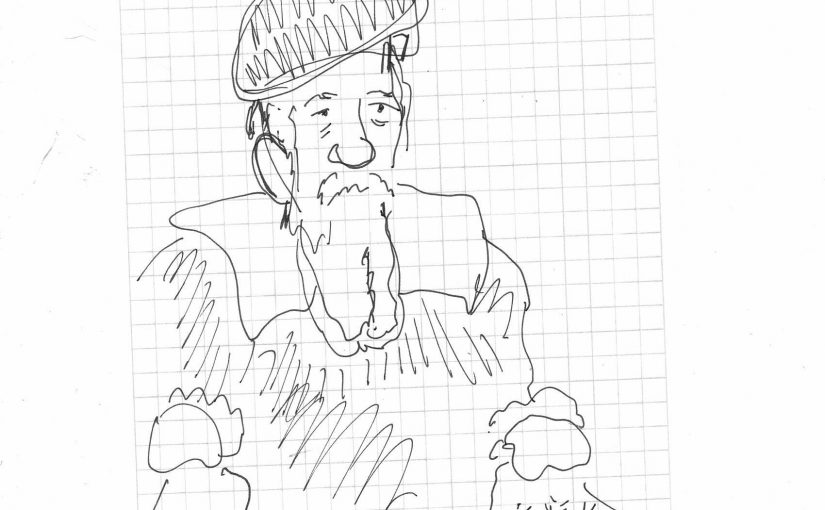 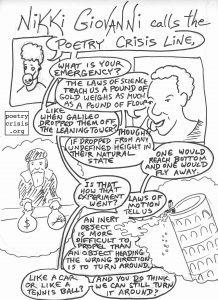 Read “The Laws of Motion” by Nikki Giovanni here.

Jerry (counselor): Poetry Crisis Line, what is your emergency?
Nikki Giovanni: The laws of science teach us a pound of gold weighs as much as a pound of flour
Jerry: Like When Galileo dropped them off the Leaning Tower?
Nikki: …though if dropped from any undefined height in their natural state one would reach bottom and one would fly away.
Jerry: Is that how that experiment went?
Nikki: Laws of motion tell us an inert object is more difficult to propel than an object heading the wrong direction is to turn around.
Jerry: Like a car or like a tennis ball? And you do think we can still turn it around?