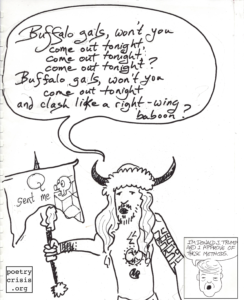 A professional artist I met while in high school once told me never to apologize for my own work. But I sometimes make an exception when something might be misconstrued. So I need to clarify that my intent here is not to ridicule anyone for weirdness. Weird is wonderful. Weird makes the world a more beautiful and wonderful place. But seeing my kind of weird used in service of insurrection and attempting to overturn a legitimate US election, I felt violated, and I drew this. Weird is wonderful, but treason is treason.

Transcript for the visually impaired

DINGBAT:
I’m Donald J. Trump and I approve of these methods. 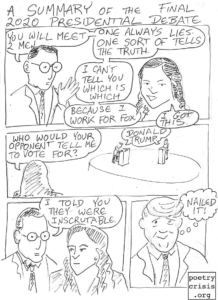 Yeah, we may be kind of political for the next couple of weeks.

CHRIS WALLACE: You will meet two men. One always lies. One sort of tells the truth. I can’t tell you which is which because I work for Fox.
KRISTEN WELKER: [to Wallace] I got this. [to candidates]: Who would your opponent tell me to vote for?
BOTH CANDIDATES: Donald Trump.
WALLACE: I told you they were inscrutable.
WELKER: [serious side-eye]
TRUMP [internal monologue]: Nailed it! 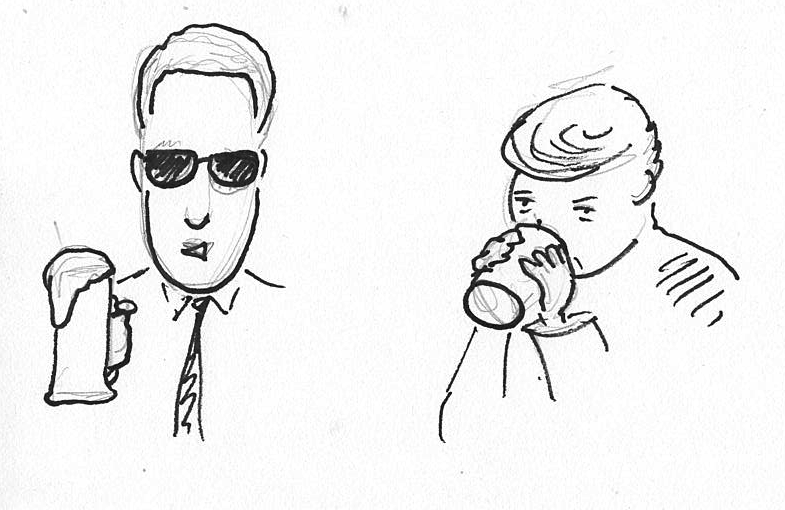 MEMORANDUM FROM THE COMMISSION ON PRESIDENTIAL DEBATE DRINKING GAMES

In the interest of public health and safety, we no longer recommend drinking every time Vice President Biden rambles or begins a sentence with “Here’s the deal,” as this can result in alcohol poisoning or liver toxicity. Likewise, to avoid severe liver toxicity, we do not recommend that players drink each time the President

For a more balanced drinking game, CPDDG recommends drinking if:

We consider it reasonable to drain your glass if

You may also drain your glass if Trump

Also, in light of recent videos that have surfaced online, the CPDDG recommends replacing the canceled debate with a dance-off between President Trump and Senator Harris. This will make possible a multi-day drinking game. In the days following the dance-off, we propose that you drink

You may drain your glass when these surrogates try to walk back the “natural advantage” claim, and insist that it didn’t mean what it sounds like. 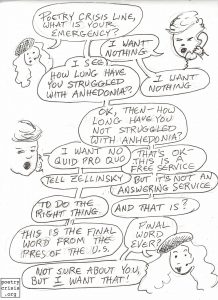 Listen to the original here, styled as a Morrisey song.

There are also two cover versions.